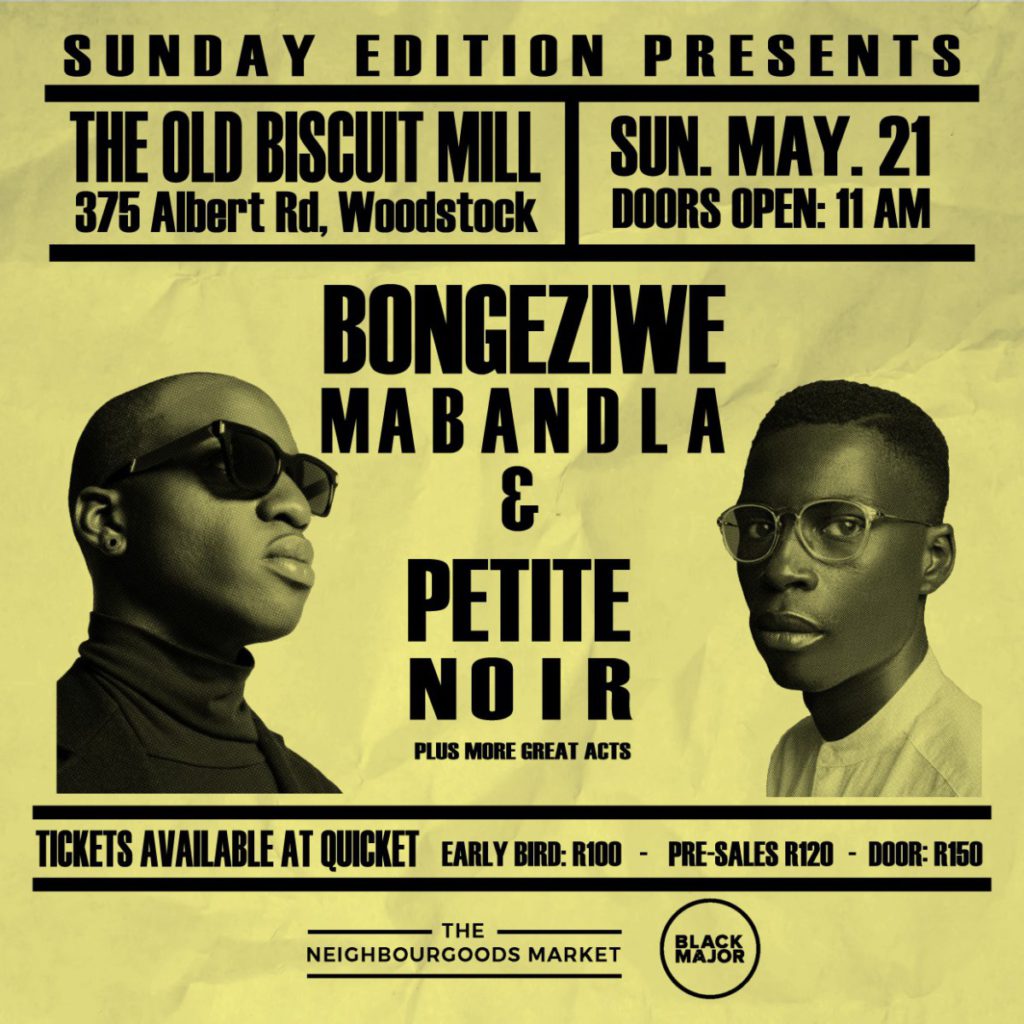 On Sunday May 21st the The Old Biscuit Mill in Woodstock will host a day-long event that brings together these two heavyweight musicians in a landmark show, supported by an exceptional lineup of acts that will be announced in the coming weeks.

This unmissable event will also showcase a diverse array of local designers, sidewalk industrialists and street food chefs who shape and define the ceaseless melting pot that is Cape Town street culture.

The event marks the first time in over a year that Petite Noir will perform in Cape Town. The internationally acclaimed, SAMA-award winning artist has spent the past 24 months taking his Noirwave sound to global audiences, and has already been tapped for several key live global performances in 2017 including the Afropunk Festival in Paris.

Mabandla will be performing songs off his upcoming album due for release 7th of May. Titled Mangaliso (meaning “miracle”), the record confirms his standing as among the most purposeful and gifted artists working in South Africa today and features first single, “Ndokulandela”.

The Sunday Edition presented by Black Major and Neighbourgoods Market will feature a full programme including two music stages, a curated design market, a revolving display of local art and design, installations and special demonstrations by tattoo artists, street barbers and independent publishers. A special selection of Cape Town’s finest food trucks and hole-in-the-wall restaurateurs will be on site, serving up a fantastic array of food and drink.

Tickets for the event are expected to sell fast so make sure to get yours now via Quicket.