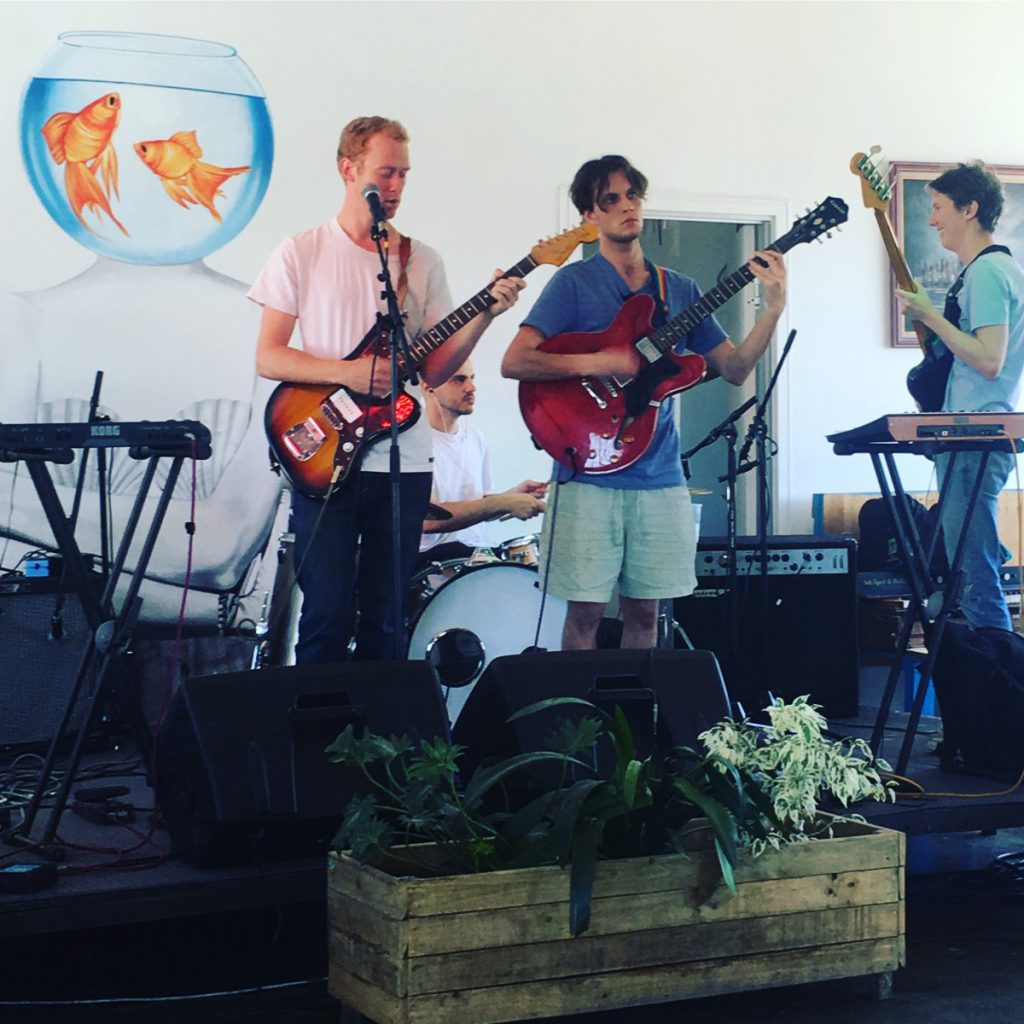 Cape Town has hope on the horizon. A city well known for its social segregation and physically apparent apartheid-born economic divides has a new underground-ish musical saviour being birthed. A brand new festival, put on by Nomadiq Music, Black Major, We House Sundays and Wax On aims to create a space of exchange for the like-minded musically-inclined populace of the city and beyond.

At this point, most of us are aware of the levels of race-based subcultural segregation in The Colony (Cape Town). We’ve seen the diagrams of the persistently insular race distribution across the peninsula. We’ve read the stories of POCs putting on ‘white’ voices and using ‘white’ names to gain access to anything from basic housing to restaurants and hotels. We’ve been to events where the ethos is good, but the crowds are lilly-white and kept that way by door policy and choice of marketing channels and locations.

Added to that, we should also all, by now, be aware of the exclusion of queer, otherwise-abled and womxn’s bodies from so many positions of power, influence and entertainment in Cape Town’s social spaces.

Many promoters who are not hetero, men or white have struggled to make in-roads into the moneyed social spaces in CT, which exist almost exclusively in the city bowl and along the Atlantic Seaboard (with some exceptions). The spaces situated outside of those areas either struggle to gain momentum or suffer the fate of many popular opinions of both audiences and corporate sponsors. We think that anything outside of the City Bowl is too far away (*rolls eyes*) or that things ‘there’ will be under-attended and therefore not worth going to, OR, most sinister of them all, that they will be ‘hectic’ (read: brown).

Added to that, there are disparate communities of music-lovers – with the same outlook on music and its enjoyment – that exist separately due to inherited subcultural boundaries and who gravitate towards spaces with some comfortable cultural ‘baggage’. The baggage manifests as ‘Cape Flats events are dangerous/just deep house and kwaito’, ‘city bowl events are whites-only’ (kinda true), ‘Obs is for ska, drug-dealing and hippies’.

Spaces like the now-defunct Cold Turkey, Ikasi Experience, now-closed Bang Bar (with a new spot opening up to replace it in Ottery), LIT collective events in the CBD, The Work Hub in Woodstock, and so many more are easy examples of how those sentiments are just not accurate.

If you can’t see past the ingrained social and physical segregations, a solution beyond engaging in existing transformative spaces, is to build something outside of it all. Enter Colorbox Studios, their regular events like the Nomadiq Music Block Party, We House Sundays and the vast spectrum of events at the venue that seek to escape the connotations of most of Cape Town’s nightlife and musiclife.

Situated in a predominantly industrial area in Paarden Eiland – literally seven minutes from the city bowl, and pretty easily accessible from the suburbs to the South, North and East of the city centre – Colorbox manages to build on an ethos of warmth, openness and intentional integration of those same-mindset-but-insulated subcultures that exist across the peninsula. By building landmark events like the Nomadiq Block Party and We House Sundays, for example, that actively bring together a culturally diverse set of promoters to access a collective audience, they both flourish in terms of numbers and importantly also achieve a human-centred safe space of exchange that allows people to connect in ways they wouldn’t have otherwise been able to. And not in a saccharine ‘rainbow nation’ kind of way.

As a culmination of these efforts to break down sub-culturally insular experiences, they have embarked on an ambitious expansion on this philosophy, by working together with Black Major Selects – the programming arm of the hugely successful management agency – and Wax On – Paul Waxon’s ever-popular vinyl-only monthly club night at Waiting Room. Along with the Dope Goods Market, these 4 promoters have divvied up this coming weekend’s days and nights to program their inaugural ‘All Weekend Music Festival’, called Muse.

Headlined by Joburg’s Kenzhero, Durban’s DJ Lag (as part of his nationwide EP release tour), CT’s very own Card On Spokes and NYC’s iconic house royalty, Monique Bingham, the weekend promises to be a ‘space of musical exchange’ and an opportunity to flourish, enjoy what/who they know and discover so much that they don’t.

All info is available on the Facebook event page and tickets are available here.