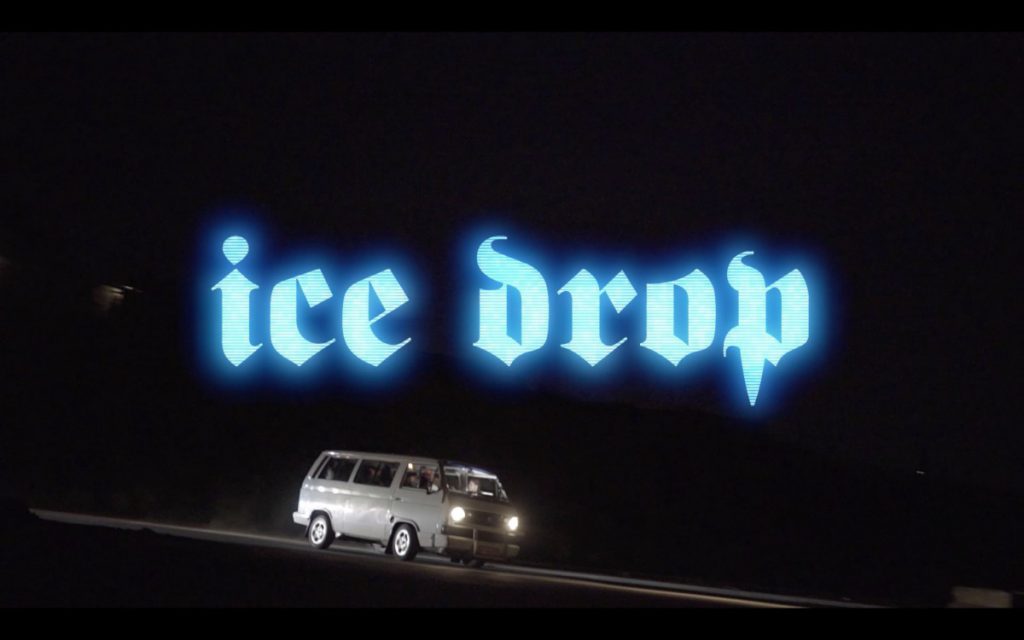 DJ Lag is ending a groundbreaking year with the launch of a video for “Ice Drop” – one of four tracks on his acclaimed self-titled EP released in November by UK-based Goonclub Allstars.

Propelled by a warm and enticing naturalistic feel, “Ice Drop” documents DJ Lag’s last weekend in Durban before he headed off on his first international tour. The 21-year-old’s live global debut took in Asia, Europe and the UK, kicking off at the Unsound Festival in Poland on October 21st and finishing up at Seoul’s Cake Shop nearly a month later. He is currently on a South African EP launch tour that ends with a homecoming gig in Durban on December 16th at Club 101.

DJ Lag’s love for Durban – the city that spawned Gqom – is evident throughout “Ice Drop”. The video features several stunning overhead shots of his local neighbourhoods in KwaDabeka and Clermont, intercut with shots of DJ Lag’s immediate environment – both providing a glimpse into the context in which his hypnotic, infectious Gqom tunes are created.

Shot over one weekend, “Ice Drop” is a collaboration between DJ Lag, the community of Kwadabeka, Jabulile Newman and DJ Lag’s own friends and family. Also adding to the collaborative process are director Chris Kets and producer Andrew Aitchison of Black Major.

“Ice Drop is truly a real music video, with no fancy lighting or special FX,” says Kets. “I wanted to capture the essence of Gqom in its raw, real form. Making this video was collaborative on every level. Like Gqom itself, the video is very DIY, with everyone coming together and helping out, from the taxi drivers to Skotiz. We couldn’t have done it without everyone involved.”

During the video, DJ Lag spends time with his close friends in his neighborhood and surrounds, pays respect to an elder musician (Bheki Cele of Vukazithathe) and visits a Sangoma to receive blessings before he embarks on his journey overseas. The Gqom flagbearer also attends a send-off party thrown by his friends, and plays a final set at Skothi’s club in Clermont, where he lives. Other shots include a dance scene on a rooftop and local hangout in Kwadabeka, featuring the Mexican boys (a Durban dance crew), an impromptu dance scene in the yard of a tavern, and another impromptu scene featuring DJ Lag and a spinning BMW.

“For the video we really wanted just Durban and dancing,” says Goon Club Allstars, the London record label and collective that has issued DJ Lag. “The dancing is really important, as it’s been a little lost in translation over here (the UK), and we hope people can now see the levels. Respect to all the dancers, producers and DJs doing their thing in Durban – we see you!”

See below for a selection of international coverage of DJ Lag’s debut EP.