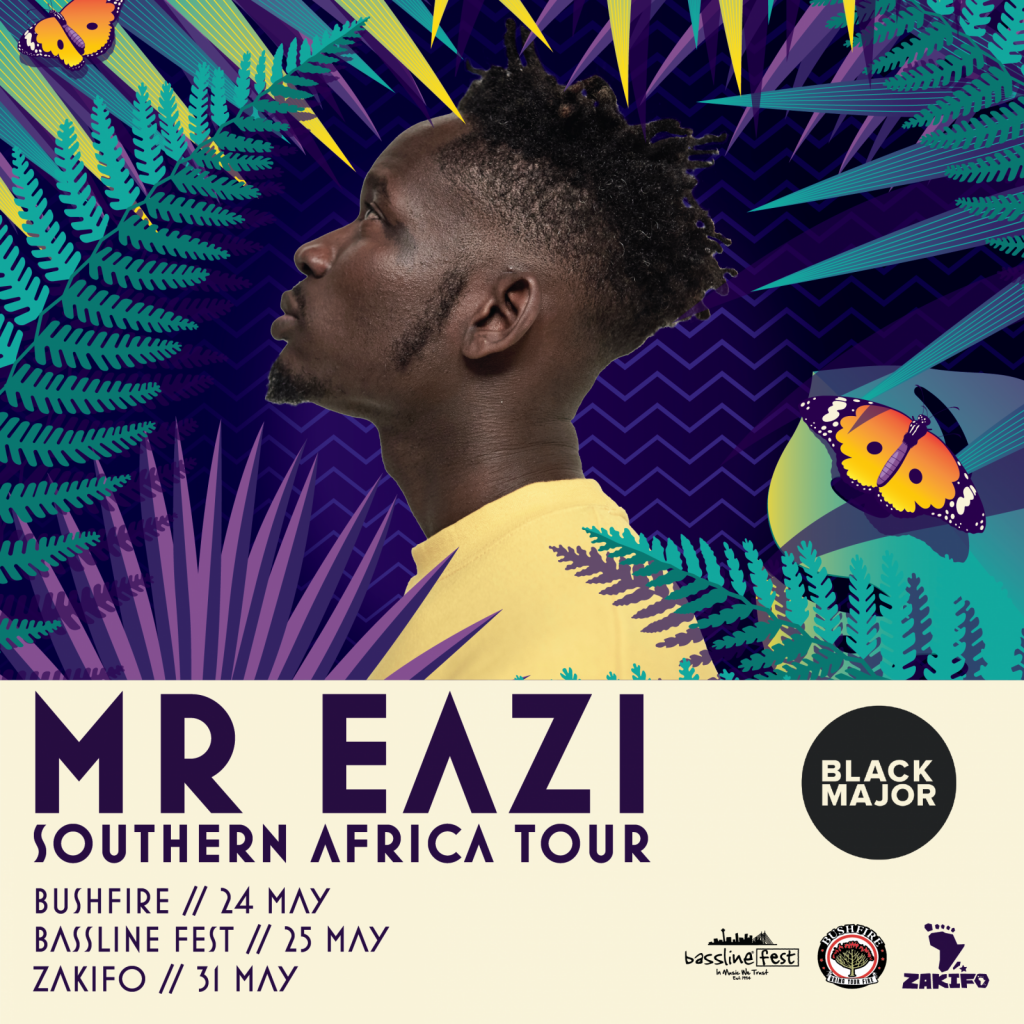 Off the back of his performance at Coachella as part of the Life Is Eazi US Tour, Ghanaian-Nigerian creative force Mr Eazi will be returning to South Africa to show us what has gotten the rest of the world wrapped up in his musical charm.

Here in Cape Town earlier in the year in order to promote his inspiring initiative, Empawa, Mr Eazi is back for more, this time with Black Major bringing him over for a string of performances as part of the greater IGODA Network. As equally invested in the growth of independent acts as we are, Mr Eazi has done amazing work in providing the inspiration, knowledge, funding and example that this continent needs; it was only right that we be the agency to support such a healthy addition to Africa’s music market. If you’re still new to the idea of the “Leg Over” lord, read all about him over at Okayafrca, who have done an exclusive overview of the African star’s success.

“It’s a program where I get to fund 100 African emerging artists. We had over 20,000 entries on Instagram via the #Enpawa100 hashtag. These were simple IG videos of kids rapping, singing, doing whatever. We had to go through it and pick our favorite 100 from across Africa. We started to shoot videos for everyone of them except four. Some of those I already got rotation on African radio and TV. We just dropped one that went straight to #1 on the Ghana Apple Music charts, and has been trending all day. It’s just beautiful seeing how I can give back to my ecosystem and ignite 100, 50, 10 – even if it’s one new artist. And it goes beyond that. We’re trying to make sure we have a couple more music premieres (such as myself) coming out of Africa who are independent, global artists.”

From Lagos to London, Mr Eazi has done his bit, and we’re happy to help him by doing ours. Festivals represented by the IGODA circuit include Azgo Mozambique, Bassline Festival Johannesburg, MTN Bushfire Eswatini, Zakifo Festival Durban, and Sakifo Festival Reunion Island, where Eazi will be blessing stages with his pioneering sound for three of the circuit’s events…

Catch Eazi on one of the dates below!

Get your tickets here.

Get your tickets here or try your hand at winning some with Global Citizen.

Get your tickets here.