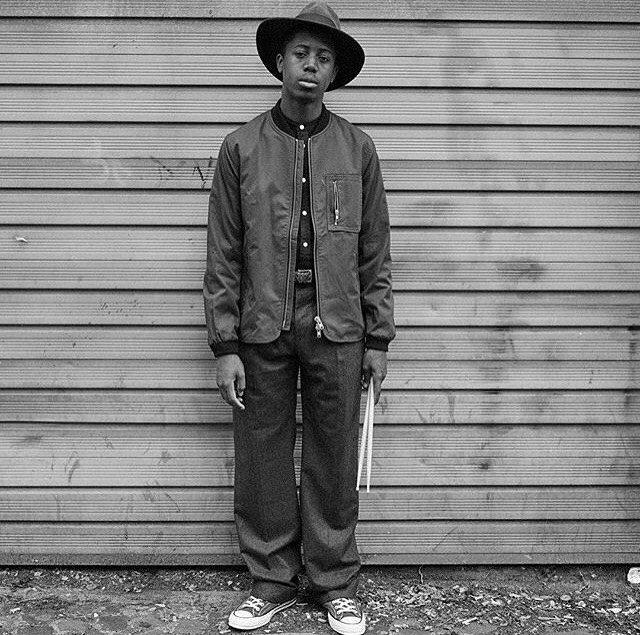 MOBO-award winning artist Moses Boyd is headed to South Africa this July for a series of unmissable dates in Cape Town and Johannesburg.

The upcoming shows by the prodigiously talented drummer, composer and producer will give South African music fans a chance to see a musician that Clash magazine has described as having “… in his own modest but exceptional way … helped make UK jazz impossible to ignore”.

Moses will be joined on two of his SA dates by Klein, an artist dubbed “the supernatural South London singer,” by Dazed magazine.

The visit by Boyd is part of an exciting collaboration between Black Major and British Council Connect ZA, a cultural programme connecting creatives and audiences in the UK and South Africa. As part of the initiative, Boyd will undertake a drum clinic in Cape Town while his manager, Koyejo Oloko (Label owner at Sweet Boys & Artist Manager) will present at a Creative Hustle in Braamfontein.

Boyd’s shows will additionally provide a platform for live performances by a selection of the most forward-thinking artists working in the country today – among them DJ Lag, Angel-Ho & Card on Spokes. The live shows are expected to stimulate a creative collaboration between Boyd, Klein and the South African artists.

As part of the drum-and-sax duo Binker and Moses, Boyd was named Best Jazz Act at the 2015 MOBO Awards. Among several other awards, he has also been the recipient of the John Peel ‘Play more Jazz Award’ at the 2016 Gilles Peterson Worldwide Awards.

Over his career Boyd has worked with the likes of Lonnie Liston Smith, Ed Motta, Little Simz, Four Tet, Floating Points, Sampha, Zara McFarlane and Gilles Peterson. He is also the leader of his own musical outfits – The Exodus and Solo Exodus – which infuse jazz with grime and electronica influences. This multi-talented creative additionally releases music under his own label, Exodus Records. 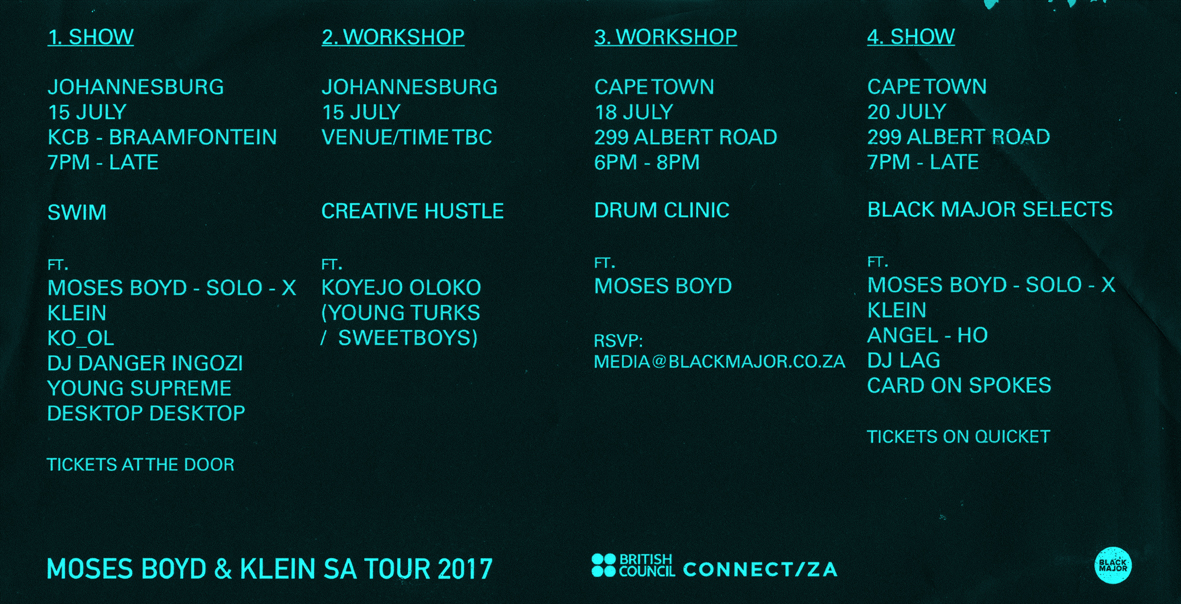